THE DISCOVERY OF THE SEAL

In the Middle Ages it was certainly not so easy to go on a pilgrimage to the Holy Land: it must therefore have seemed useful, and a reason for prestige for a city, to have a little Jerusalem within its walls. It was an urban and spiritual investment that several cities in Italy made: Rome, Bologna, Pisa, Lucca and, in our case, Verona.

VERONA AND JERUSALEM BOUND BY A SEAL

The image of a “Verona small Jerusalem” was made official by the Veronese Statutes of 1450.

The idea, though, dates back at least to the time of Archdeacon Pacifico (Quinzano, 776-778 / Verona, 845), the prefect of the Scriptorium Capitulare. According to an ancient document, he would had written a dictionary, and, under the letter “V”, in the entry dedicated to Verona, he would have spoken of the city as founded by Sem, son of Noah, with the name of “Jerusalem Minor“.

Even before then, the city seal depicted a wall with three towers, each with its own cross: a clear reference to Mount Calvary. In 1474, a smaller seal was introduced, bearing the effigy of Saint Zeno, patron of Verona, and the inscription “VERONA MINOR HIERUSALEM DI ZENONI PATRONO” all around it. The adoption of this seal officially binds the city of Verona to the city of Jerusalem: that is why the Verona Minor Hierusalem Foundation has chosen to identify with this symbol so rich in history and meaning.

SIMILARITIES BETWEEN VERONA AND JERUSALEM

Among the first to see a parallel between the topographies of the two cities, noticing similarities and homonyms, was Professor Gian Paolo Marchi in his 1961 study “Verona minor Hierusalem: contribution to the history of Carolingian town planning“. In his analysis, Professor Marchi underlines how the river Adige separates Monte Oliveto (in English ‘Mount of Olives’, where the Church of the Holy Trinity stands) from Monte Calvario (in English ‘Mount Calvary’, the current Monte Cavro, on which the church of San Rocchetto stands), the same way the river Kidron separates the Mount of Olives from the Holy City; what is more, both hills, in Verona and in the Holy Land, are located outside the city walls.

The Veronese churches of Santa Maria di Nazaret and Santa Maria di Betlemme (today known as San Zeno in Monte) were also built on the hills, and, in those days, outside the walls, as if to remind the faithful of the distance between Jerusalem, Nazareth and Bethlehem. The church of the Holy Sepulchre (the current church of Santa Toscana) had also been erected  outside the city walls, exactly as Jesus’s tomb was located outside the walls of 1st-century Jerusalem.

So many analogies and so many more reasons to discover Verona through different eyes: discover our urban pilgrimages, sign up here! 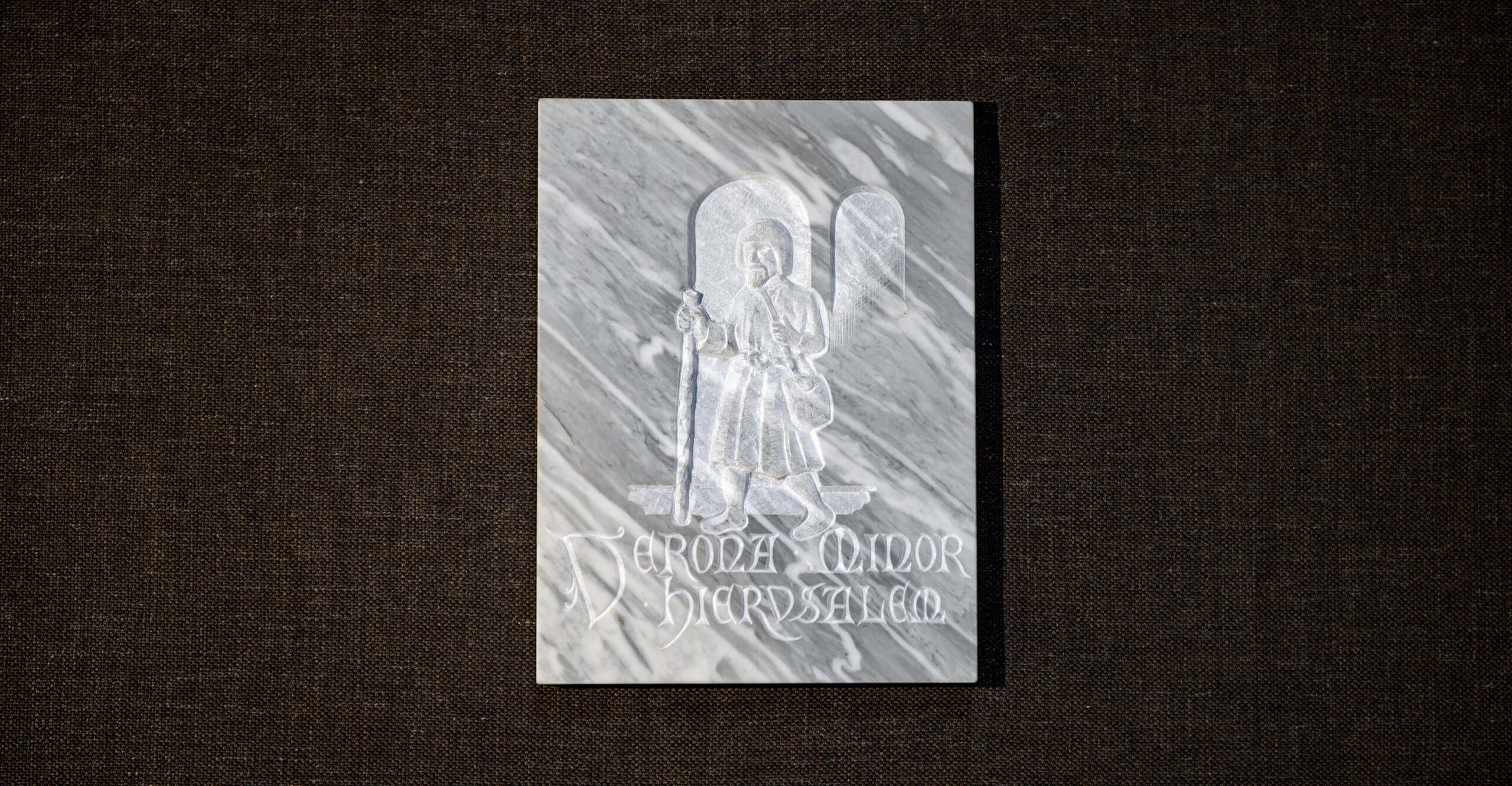 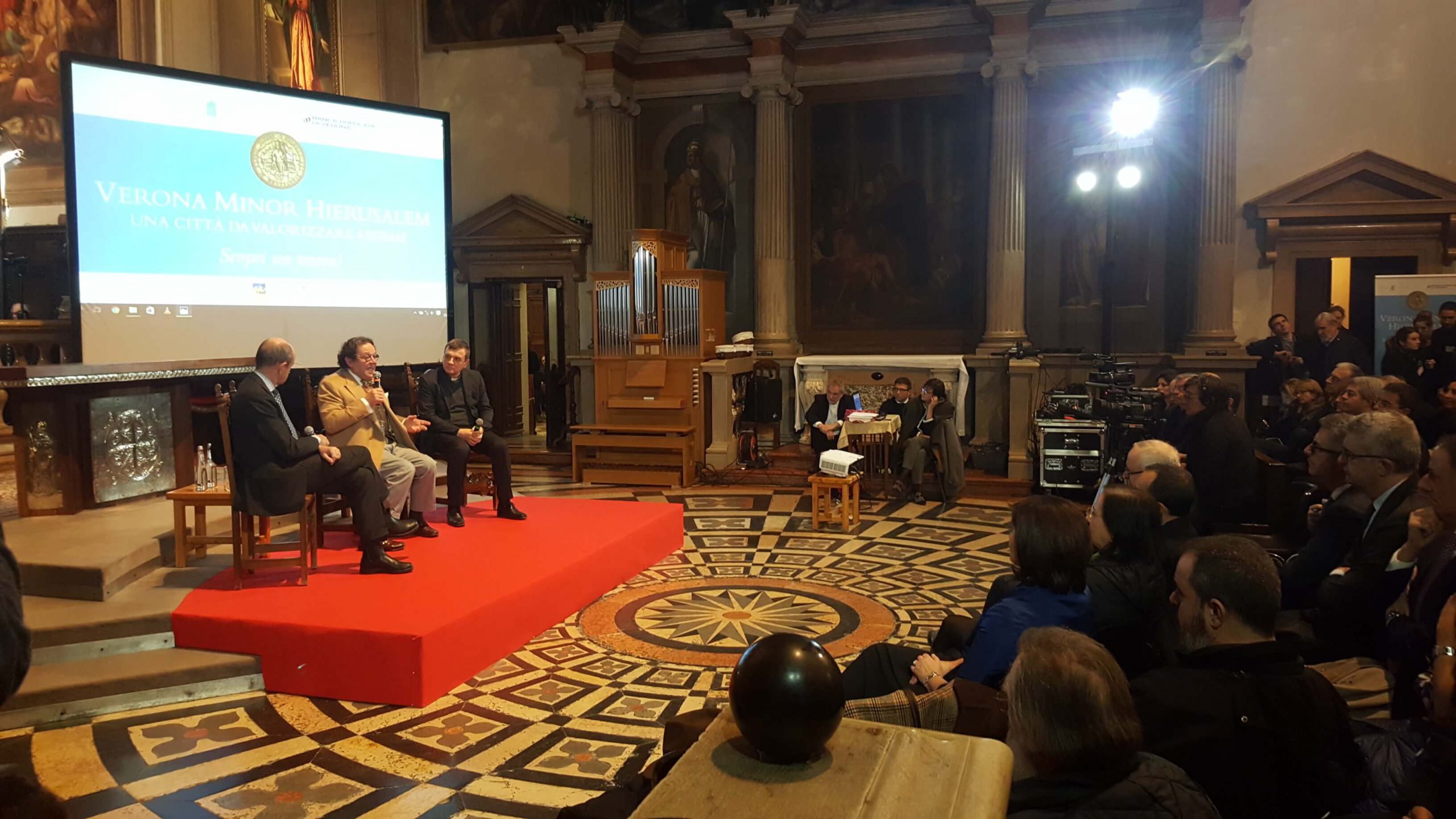 From project to foundation 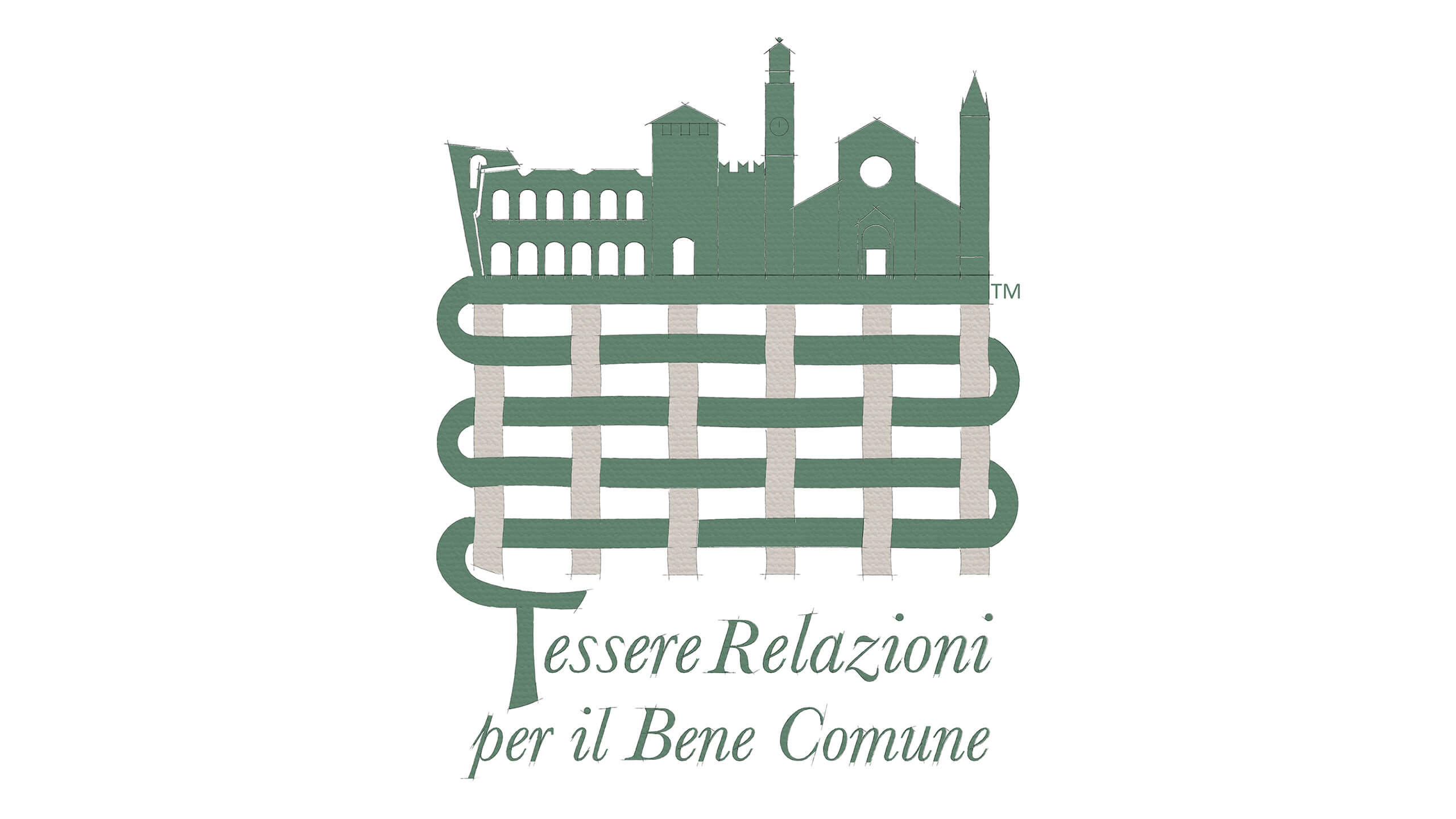 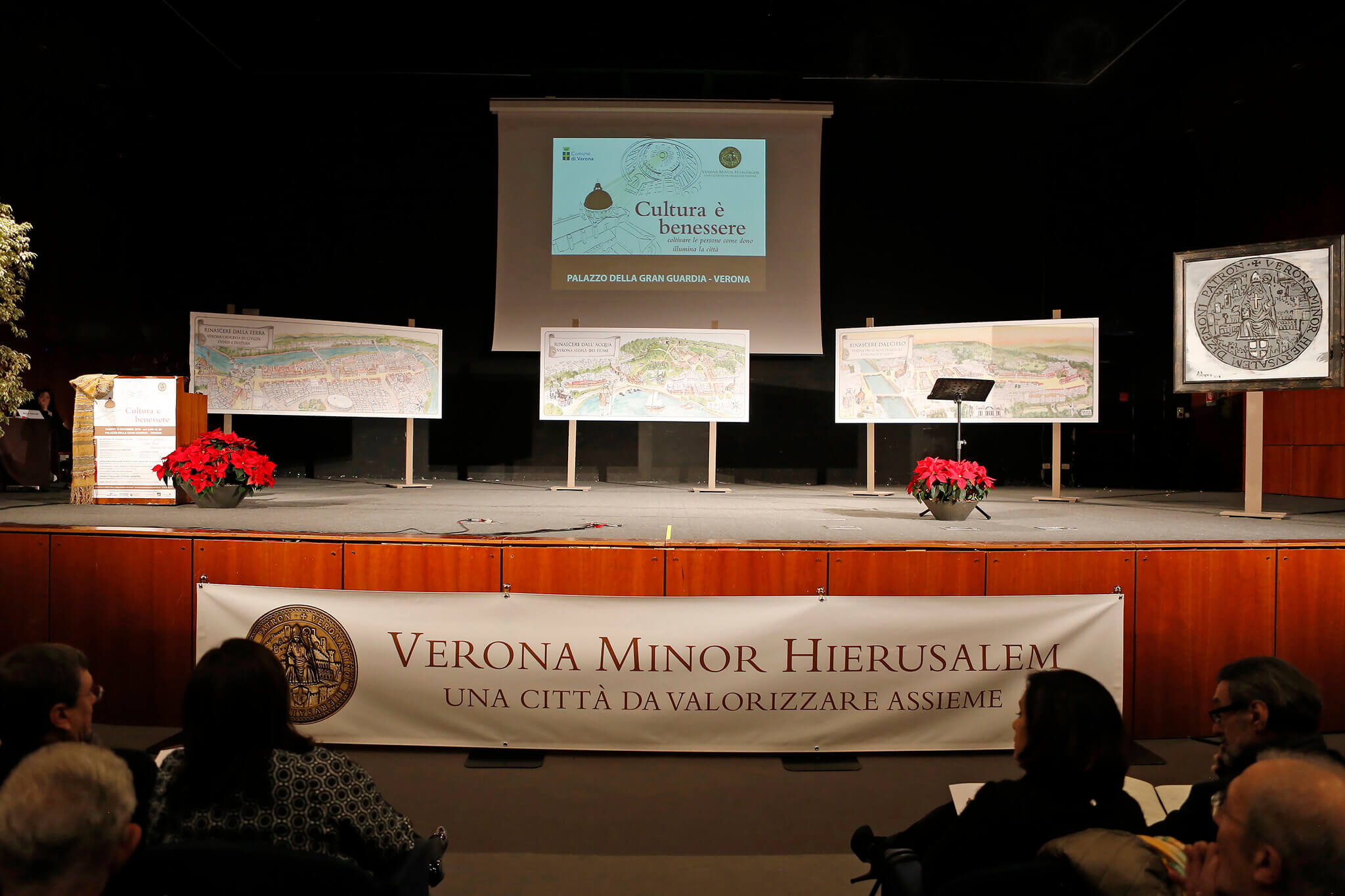 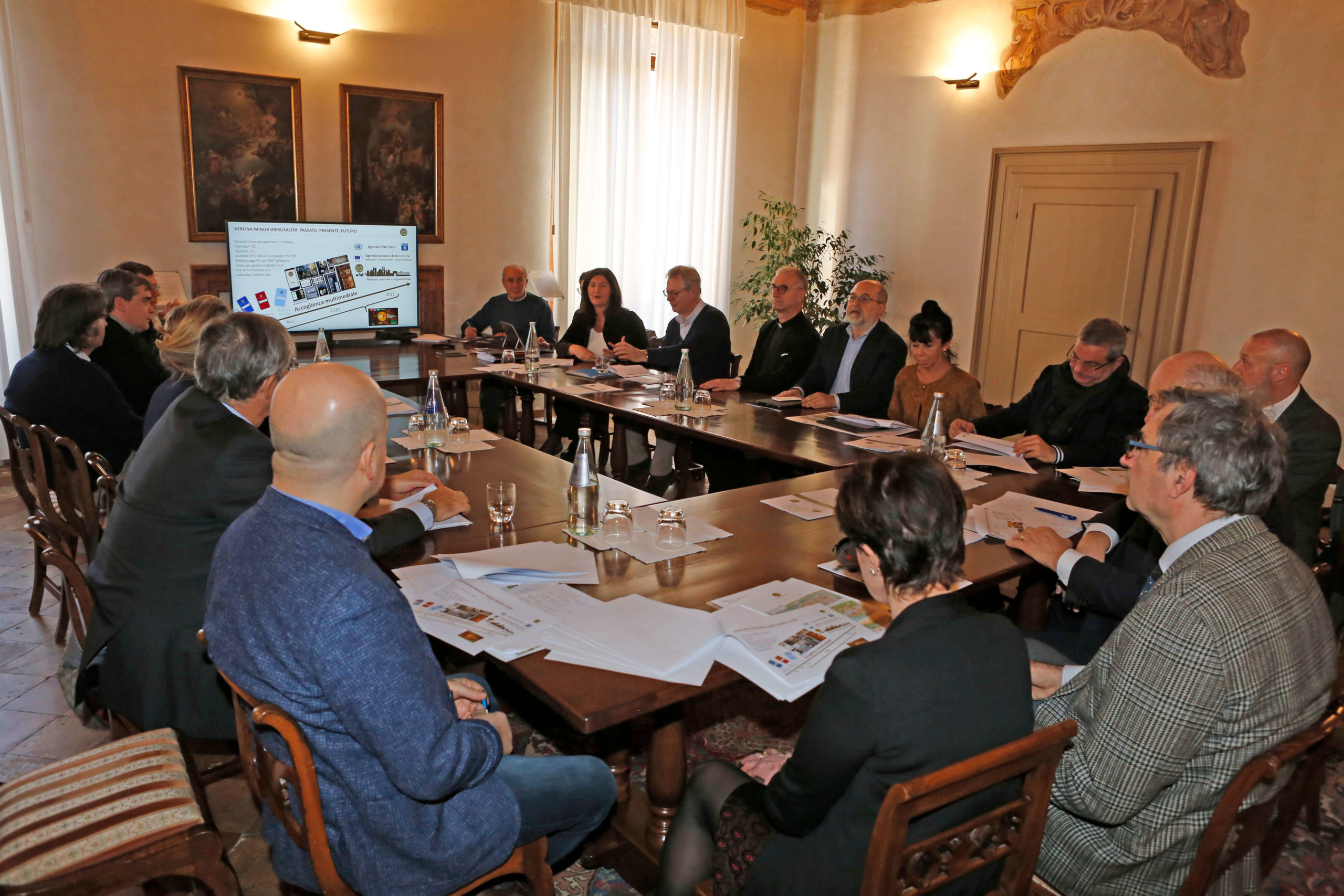