The Angel of the Apocalypse

The church of San Giovanni in Foro was built along the Via Postumia, and it owes its name to its proximity to the ancient Roman Forum (the current Piazza Erbe). The church is first mentioned in a 959 document, but the Romanesque structure dates back to the first half of the 12th century.

Almost completely hidden by the buildings that have huddled around and against it, the church has a single nave and preserves the typical masonry with courses of pebbles laid in a herringbone pattern interspersed with limestone ashlars.

The church is entered through a solemn 16th-century Renaissance portal attributed to Gerolamo Giolfino. In the lunette we can still see the fresco by Niccolò Giolfino depicting Saint John on the island of Patmos in the act of writing the Book of Revelation. On the same wall, you can see a hygrometer, for centuries considered a real barometer by the population. Inside the church you can see a miniature nativity set with 2-cm statuettes, handcrafted by World War I soldiers when the building served as a military hospital, and a Foucault Pendulum positioned there in 2005.

The arch above the high altar is characterised by the so called ‘inclinato capite’: it is off-set and slightly bent to the left, in memory of the reclining head of Jesus on the cross.

The church of San Giovanni in Foro is part of the itinerary called “Rebirth from Earth. Verona, crossroads of civilizations, history and culture“. Admission is free thanks to the Verona Minor Hierusalem volunteers. 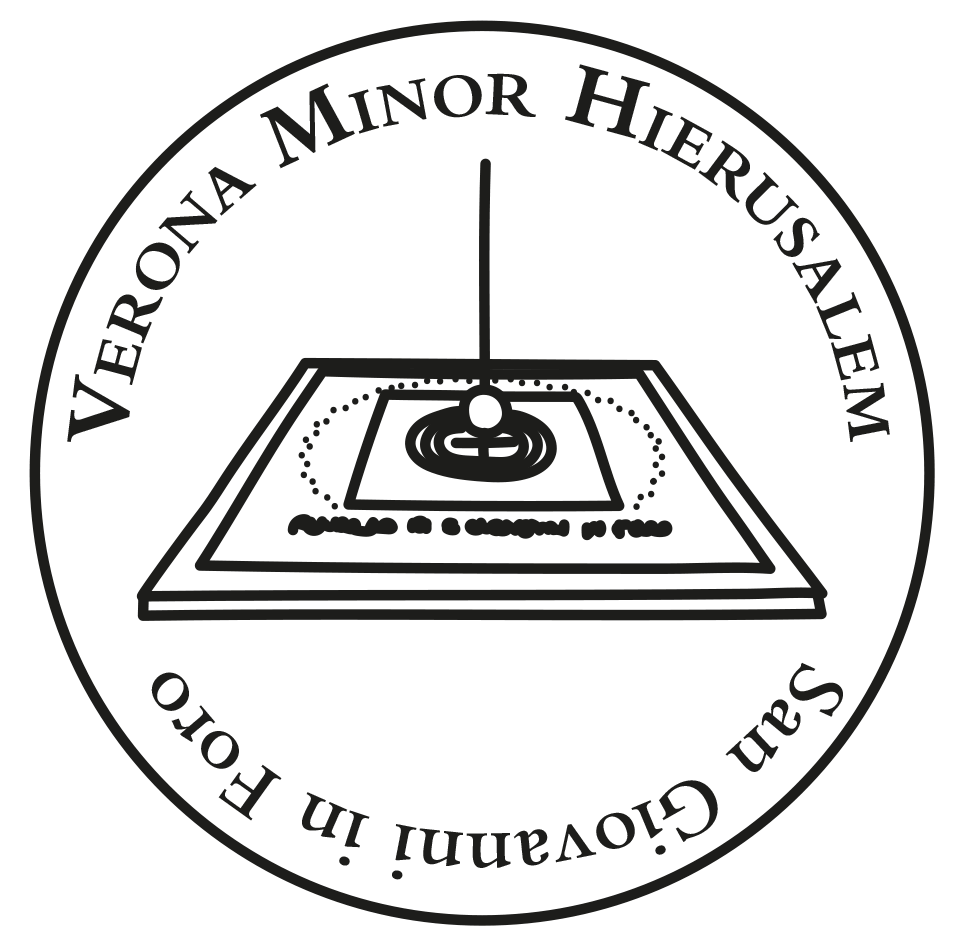 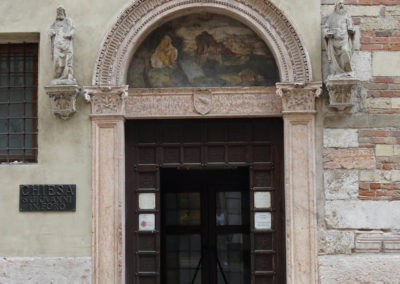 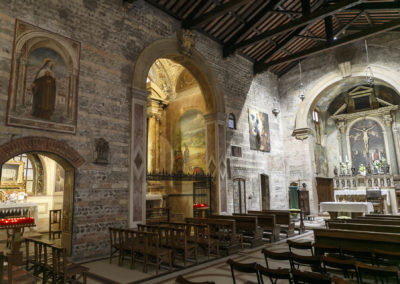 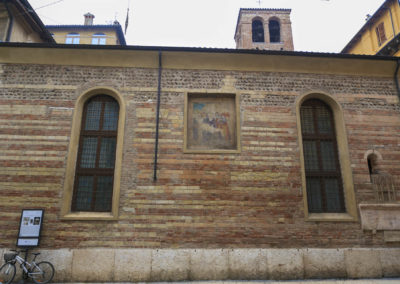 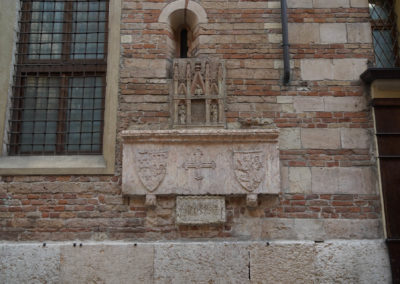 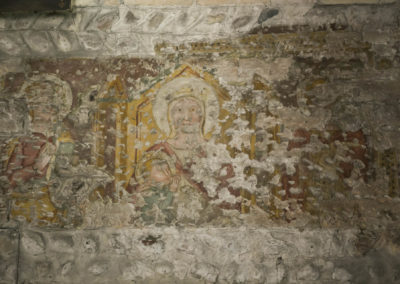 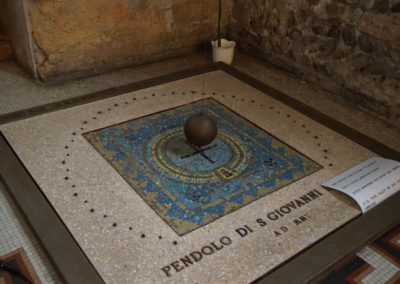